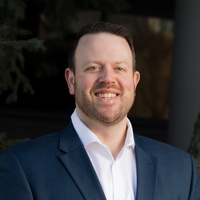 Charley loves being at the intersection of numbers and life, or – as he puts it – “playing in traffic.” He works with clients to define the purpose of their money and use that as a guideline to help them make informed financial decisions. After working five and a half years at Metlife, he joined Arazon Financial Group in late 2016.Charley holds Series 6, Series 7, and Series 63 registrations held with LPL Financial as well as a Life, Accident & Health license. He is licensed and registered in Colorado, Minnesota, South Dakota, and Wisconsin.

A resident of St. Louis Park, Charley is either out on the golf course, cheering on his Indiana Hoosiers, or spending time around different parts of town with his family. His day has been a success if he was able to make his wife, Kati, laugh once or twice.